On June 29th, 2018, the first block was mined on the VeChainThor main net, marking the official launch of the much anticipated main net. The event was marked by a celebratory tweet from the official VeChain Twitter account. This launch was highly anticipated. Up till now, VeChain existed as an ERC20 token while the team announced corporate partnership after partnership. With the main net up, these corporate partnerships could technically start creating real value on VeChainThor. 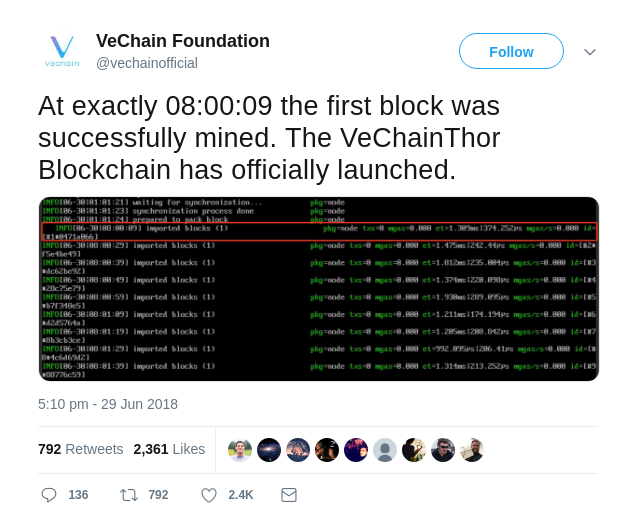 With the launch of the main net comes with the launch of two new cryptocurrencies, the VET token and the VTHO token. Users who own the current VEN ERC20 token need to swap VEN for VET later on, either on supporting exchanges or with the VeChain wallet.