Waltonchain fakes a Valentine’s Day giveaway and embarrassingly gets caught

On Februrary 28th, the team announced the winners of the competition in a tweet from @waltonchain. Oddly enough, the same Twitter account replied to the tweet with a message enthusiastically accepting the prize. Before the team could delete the tweet, the reply was screenshotted and widely shared on social media.

The team issued an official apology for the incident and denied accusations that they ran a fake competition. They claimed that a team member entered the drawing and won, only to use the wrong Twitter account to celebrate. 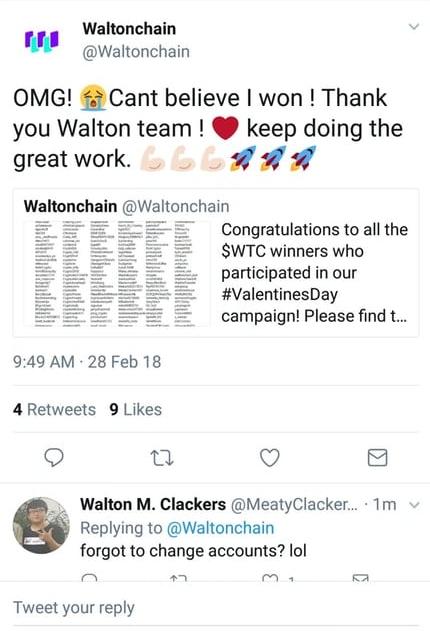